This tribute was written in the days immediately following the passing of my husband’s stepfather Phil, after a brave battle with cancer. Phil received his cancer diagnosis on the same day I started this current round of chemotherapy, 1/2/18. It was shared at his memorial service on 2/8/18.

February 5, 2018: Today is a morning of loss. We are New Englanders, so there is the obvious loss of our team in the Super Bowl last night. Monday morning + Super Bowl loss = grouchy Massholes. But in the great physics project that is life, every loss over here triggers a celebration over there. The higher our upswings, the deeper our lows. All we can do is learn to ride the waves.

On Monday February 5, 2018, our family experienced a loss that hurts more deeply than being on the losing end of a football game. Philip J. Maggio passed peacefully at 4:11am, surrounded by his loving family. As we process and grieve and feel all the feels, we will also celebrate his life. From Punxsutawney Phil to the Philadelphia Eagles to mon cher Philippe—this was the weekend of Phil.

Born in 1951, Phil embodied the values of that decade. He was a true gentleman, in word and in deed. Phil loved his family and spent many peaceful weekends with us gathered at his home. Phil was never the rowdiest guy at the party—that would have been difficult with the company he kept (I’m looking at you, Jerry & Joe). You could find Phil drinking his black coffee, watching the activity around him, chatting with the ladies in the room, asking the guys if they were “behaving” (they weren’t).

Phil was a kind and gentle soul, content to watch history shows and play online slots while his wife Lorry played in her weekly golf and tennis leagues. On weekends filled with the energy of grandchildren, Papa found ways to share special time with all of them. Dylan and Papa liked to sit quietly and watch science shows together. Brayden loved reading with Papa when he was younger. Gianna, 4-year-old bundle of energy that she is, loved sitting with him, hugging him, and jumping on him. Always ready to laugh, Cooper was his tickle buddy. And Kenadee, just two at Phil’s passing, liked playing games with Papa.

Christmas was Phil’s favorite time of year; he loved decorating and having the family all together. Aiden will always remember the Christmas of 2017 since it was the last Christmas we had with Papa. Phil and Lorry took all the grandchildren to Santa’s Village at the end of last summer. Cooper loved riding the rides with Papa; he just adopted a reindeer in his Roblox game in honor of Papa’s favorite animal.

Another love of Philip’s was cruising. He and Lorry always had their next cruise booked. He was passionate about sharing a cruise with his family. In June of 2017 Phil and Lorry made that dream come true. He proudly gathered all 18 of his immediate family, part of a larger family group of 48, on the Norwegian Breakaway to Bermuda, and we got to see the world through his eyes for a week. Some of his grandchildren’s favorite memories with Phil have come from that cruise. Brayden loved doing the ropes course with Papa cheer- ing him on. Dylan, fresh from his own health diagnosis, found his freedom and footing again on the Breakaway. Phil informed me he ran into the “gang of four” (Aiden, Dylan, Brayden, Cooper) on an elevator, headed down to a floor they had no business being on. Despite the challenges we faced at the time (the cruise was planned for the week between my biopsy and diagnosis), we came together for a week of celebration, exploration, and connection. We set sail on Phil’s 66th birthday. We are so grateful for that time together.

As we prepare to honor and celebrate the life of Philip J. Maggio, we are constantly reminded of his kindness. Phil’s epitaph: “He was a good man.” Granddaughter Mikalyn remembers that Phil always went out of his way to talk to her when she visited. As someone who struggles with anxiety, she often stays to herself and shuts others out. Despite all that, Phil would come talk to her, offer her food, and make sure she was fine. Tristen, the eldest grandson, also remembers Phil’s kindness. He did his best to make sure that Tristen, a step-grandson, felt like part of the family. Tristen is sad that Kenadee, the youngest grandchild, may never fully realize what a great and kind person her Papa was. He took care of his family, he met his obligations, he did his job.

In February of 2018, Phil planned to retire. As we grapple with his loss, we also see the courage that Phil must have called upon to stay with us as long as he did. Phil had a quiet strength about him. We jokingly called him “Party Phil.” When he and Lorry moved up the family cruise to 2017 instead of 2018 (the original plan), I affectionately poked fun at his belief that he may not make it to 2018 by calling him “Eeyore.” On the outside we could see nothing wrong. But Phil knew that he was fighting something, and he was determined to stick around until his family was taken care of. In the last few years Phil saw both of his children married; his son Paul has found success at the company he was set to retire from. When his grandson Brayden faced leukemia in 2011, Papa was there to help Brayden heal. And when I faced my own cancer fears last June, Phil pulled me aside on the cruise ship and shared his strength with me. His message: if you believe you can heal, you can. You got that right, Party Phil.

Philip Maggio, stubborn and proud Italian man that he was, went out on his own terms. Looking back now, 2017 was a year of closure. Not wanting to leave his wife in debt, he waited to retire until he had fulfilled some last financial obligations. In November he buried his mother. In November and December we gathered for one last Thanksgiving and Christmas with Party Phil. His family laughed hysterically as he read aloud the explicit sayings from “Cards Against Humanity.” Rest in peace, mon cher Philippe. Your work here is complete.

Written with love and affection by his daughter-in-law, Danielle
http://www.daniellecleary.org 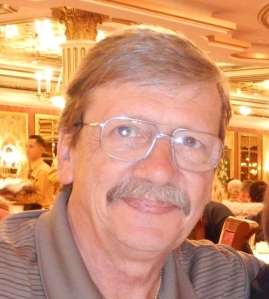 4.4.2020 I started this blog in September 2014. It was a 38th birthday gift to myself, a fulfillment of a long-held wish to share my perspective on the world. After a breast cancer diagnosis in June 2017, I used my blog to share details of the alternate reality I was experiencing. In September 2017 I used this space to share the trauma and healing of my son, who was diagnosed with PANDAS in May of that year. PANDAS is when a strep infection triggers neuropsychiatric disorders. I completed cancer treatment in December 2018, and haven’t written much since. I felt the need to withdraw as part of my healing process. I deactivated my Facebook account, barely viewed other social media. I’m still hesitant about stepping back out there, but I’m feeling the pull. We’re in a global crisis, and the news is dire. If I can add some levity or a more positive perspective with my writing, that is my hope right now. May you find the gems amongst the rubble.
View all posts by Natural Mama Notes →
This entry was posted in cancer, Family, gratitude, In Memoriam, Life Passages, Loss, Reflections and tagged cancer, challenges, chemotherapy, cruise, Family, grandchildren, grandfather, Loss, memorial, memories, New England, Norwegian Breakaway, Peace, Philip Maggio, Super Bowl. Bookmark the permalink.