For me, summertime didn’t REALLY exist (in it’s current incarnation) until I had children. Sure, I was once a kid.  And then I grew up and lived in San Diego (where “summer” is a term we use loosely–it’s kind of always summer there).  And THEN…I had a child.  And left San Diego to move back to New England.  And I finally really understood summer.

Summer, although it technically exists in time and space (aka June 20th or so until September 20th or so), it’s really more of a feeling.  It means you don’t have to get up until you want to in the morning.  It means you can make pancakes (or avocado toast, my current fave) for breakfast every  morning if you want to.  It means you can stay up late, eat ice cream every day, and watch stupid TV in the late afternoon instead of doing homework.  Summer = Rest and Play and Fun and BE.

For us, this summer has been a bit odd.  Jerry and I traveled A TON (mostly without the kids and a little bit with the kids).  As I may have mentioned already, I’ve been partying like it’s 2005 (aka before I birthed my first child).  I’ve been to Colorado, Alaska, Vancouver, Seattle, on a Phish run (which is really it’s own stratosphere), and to Newport.  I’m headed for camping, Great Wolf Lodge, Canobie Lake, and laser tag (August is all about the kids).  When I’ve been home I’ve been preparing for the next departure or working my butt off to handle my life in the short time I had available.

And then there was today.  Each boy had a friend over and we went to the pool.  I made all the kids lunch, we all stayed hydrated and protected against the sun, and we even caught some Pokemon on the way to and from, and yet…I spent a good part of the day beating myself up.  In my mind, there were two ways I could spend my time while at the pool–watching webinars on how to improve my website (which is actually something I really need to do) or watching Wentworth (a really good show on Netflix based on an Australian women’s prison–kind of like the Australian Orange is the New Black–thanks for the recommendation Kathy!).  And you know what?  I chose Wentworth.  And then I came home, washed all the towels, sent a child off with his grandmother, and climbed into my bed to drink wine and watch more Wentworth.  Yet I felt guilty that I was doing it.

If I’m truthful with myself, I think this is a struggle that comes up every summer.  And because this summer has been SO FREAKING AWESOME (and full of enriching activities), I’ve avoided it until now.  But here I am, about 1/3 of the way through August, and the “not doing enough” feeling starts to rear it’s ugly head.  I see you, scarcity conversation–and I recognize you for what you are.  Whatever this nonsense is, I promise you it doesn’t exist at the same level in children.  I watched my kids tonight eating nachos and watching stupid TV (in my opinion at least) and they didn’t bat an eyelash at any of it.  So why do we?  Next time I start to get all hung up on wasting a little time here or there (aka the point of summer), I’m going to ask myself WWDCD?  (What would Dylan & Cooper do?)  I have a feeling I would have their approval all day long.

With our dear friend Anne, my mom’s best friend since I was a wee lass.

My boys were on their best behavior on the Amazing Grace, the Newport Harbor tour.

Daddy is the best playground buddy and Pokemon hunter.

This girl.  16 years old and no shame in her game.

Pearl Jam at Fenway Park. Thank you for 25+ years of memories and an amazing Friday Fenway show! 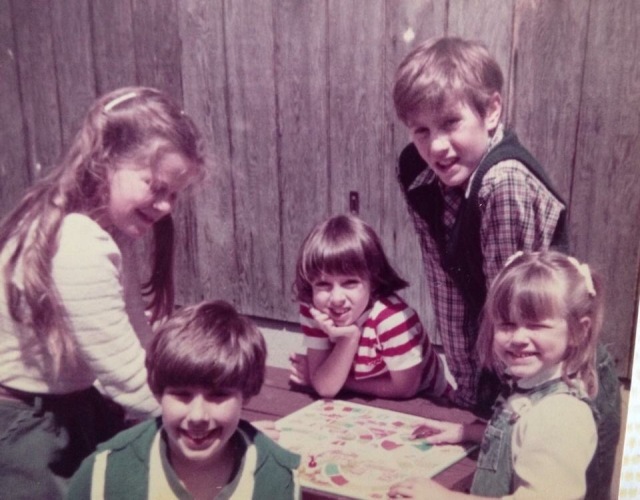 The Cleary Cousins, circa 1982 or so, 1683 State Road, Plymouth MA.  We tried to recreate this pose in the picture below. 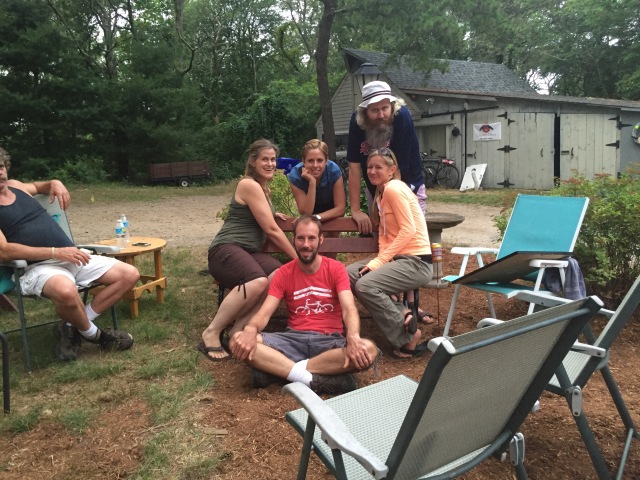 The Cleary Cousins, circa 2016, Pocasset MA

4.4.2020 I started this blog in September 2014. It was a 38th birthday gift to myself, a fulfillment of a long-held wish to share my perspective on the world. After a breast cancer diagnosis in June 2017, I used my blog to share details of the alternate reality I was experiencing. In September 2017 I used this space to share the trauma and healing of my son, who was diagnosed with PANDAS in May of that year. PANDAS is when a strep infection triggers neuropsychiatric disorders. I completed cancer treatment in December 2018, and haven’t written much since. I felt the need to withdraw as part of my healing process. I deactivated my Facebook account, barely viewed other social media. I’m still hesitant about stepping back out there, but I’m feeling the pull. We’re in a global crisis, and the news is dire. If I can add some levity or a more positive perspective with my writing, that is my hope right now. May you find the gems amongst the rubble.
View all posts by Natural Mama Notes →
This entry was posted in Uncategorized. Bookmark the permalink.