“I can’t change the direction of the wind, but I can adjust my sails to always reach my destination.” ~Jimmy Dean

There’s this thing that happens in Newport ’round about the 3rd or 4th weekend in July:  it’s when the folk flow in. We bring with us an energy; you can feel it vibrate all around you as it’s carried on the sound waves from an acoustic guitar.  It’s an energy that stays with you long after you’ve made your last exit through the gates at Fort Adams, an energy that brings with it a not quite asleep, not quite awake, pseudo-dream state, that space where seeds turn into thoughts turn into possibilities turn into visions turn into reality, and maybe it’s all kind of the same anyway in this beautiful triangle where Newport + life + folk music + energy combine.

We flowed through the gates of the Festival bright with the memory of last year’s pinnacle performance.  Would this year’s Folk meet the mark?  As in life and gravity, the laws of physics always apply.  We can’t truly know the highs without the lows; we cannot truly expand unless we are also willing to contract.  What felt exceedingly special about last year’s Festival was the one-ness that occurred on Friday at the Fort as Roger Waters, My Morning Jacket, festival-goers and festival producers joined forces to create an epic performance that will be referenced for many years to come; even the weather got in on the act.  Last year caused a ripple that stretched beyond the bounds of the Newport Triangle; the world took note. Somebody somewhere who has created a system to weigh and measure and distinguish such events as festival experiences thus awarded Newport Folk the Festival of the Year 2015 (as I learned yesterday by skimming a review of 2016’s Festival written by Ben Kaye of The Consequence of Sound).  Did that draw different folk to the Festival this year?  Perhaps.  But it also drew many of the same folk back.  And we folk know how to flow.

At first glance, Newport may seem to be a space like many others where there are clear distinctions between artists and patrons, musicians and fans, producers and attendees.  The fact is, we are all creating, all the time, constantly.  Some expressions vibe on an output level, some vibe more on an intake.  Just as the tree and human body experience is closely interwoven through the exchange of CO2 and oxygen, so too is the life of a musical note given breadth and movement by the physical expression of those around to feel and hear it.  We saw this happen in the Museum Stage on Sunday in the dance hall created by those of us lucky enough to find our way in at just the right time to hear the Savoy Family Cajun Band.  Here in Newport we the folk have got a job to do too.  We help create the space for magic to happen, building off an energy that’s been held in trust by the walls of Fort Adams through the generations, an energy that’s orchestrated and curated by the powers that be of Jay Sweet and company, of production and operations and foundations and advisors and boards.  For all the hours that go into a festival, all the phone calls, meetings, logistics, and details, all we have to do is show up, let go, and receive.

As we step across the hallowed threshold each year, how many of us question if our experience will measure up to the magic of years past?  Magic is funny though, it ebbs and flows and shifts and transforms in its own right.  Maybe my brand of magic isn’t your brand of magic; what delights and mesmerizes me may not do the same for you.  But that’s okay, it’s to be expected–go seek your magic and I’ll seek mine.  My 2016 brand of magic was less likely to be found on the Fort Stage and more likely to be found on the Museum Stage.  It was less likely to be found while crossing familiar paths and more likely to be found in walking where others were not and dancing in the company of strangers.  We found magic in our conversations with vendors, we formed bonds with those we formed lines with, we inspired, delighted and amplified those around us by our beings and our presence and our vibes.

This Folk Festival was more educational for me than in years past.  Drawn to the Museum Stage for the Savoy Family Cajun Band (the highlight of my festival experience), I caught the story of how New Orleans and Newport became forever intertwined when in 1964 the Folk Festival first introduced Cajun music to the world outside of Louisiana, much to our delight.  As the band’s patriarch told it, Cajun music was clouded with a bit of shame in Louisiana in those days; Newport gave it a space to shine as it was received by a whole new audience.  Laissez les bon temps rouler!

The Bob Boilen show at Jane Pickens Theatre on Saturday night was phenomenal.  Our crew can most often be found at Newport Blues Cafe late night, enjoying the company of Deer Tick and Friends, a different kind of master class than “Your Song Changed My Life.”  Bob Boilen’s production, echoing his book of the same name, let us peek into the artists’ minds as they described what brought them to play the kind of music they play and the impact a specific song had on their experience as artists and human beings.  We watched an artist confuse the lines to her favorite song (I didn’t know until you told us, Kam!); she owned it onstage and came back stronger and more present, vulnerable and open, and brought her audience there too.  As Mr. Boilen pointed out, we are all human; when we allow our humanity to shine with our perfect imperfections we often forge our strongest connections.

We can’t ignore the give and take that occurs at the Festival, on all levels, all the time.  We’re responsible for our contributions to the soup.  I love the idea that we get to show up, take part and receive, but also that we get to say.  If we don’t like the vibe we can change it with a smile or a kind thought.  There are those I spoke to that were frustrated by lines or by what they say were newfound inconveniences this year.  As so many have said before me, the only constant in life is change.  The more we flow and the less we resist, the more the shifts in life occur simply as an experience of “where we are now” rather than a traumatic event that we need to get through.

We’ll be back next year no doubt, all with a year’s worth more of experiences under our belt.  We’ll rely on Jay and company to do their job, and we’ll do ours.  I’ll smile at you if we share space at next year’s Festival, and you’ll smile at me, and together we’ll send this message of peace and love and understanding out to the world yet one more time.

Until we meet again… 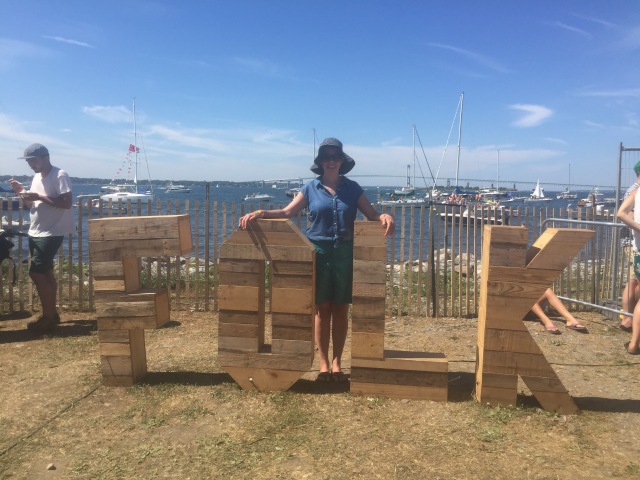 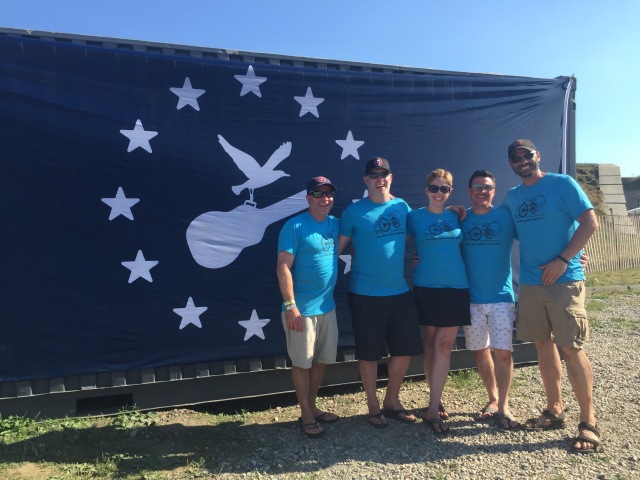 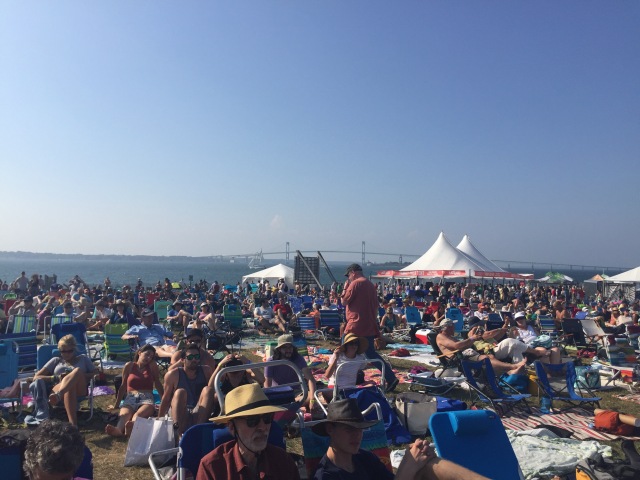 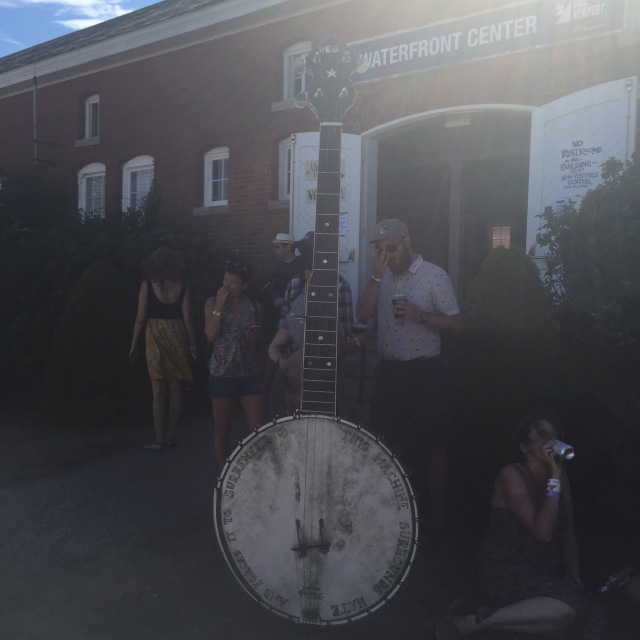 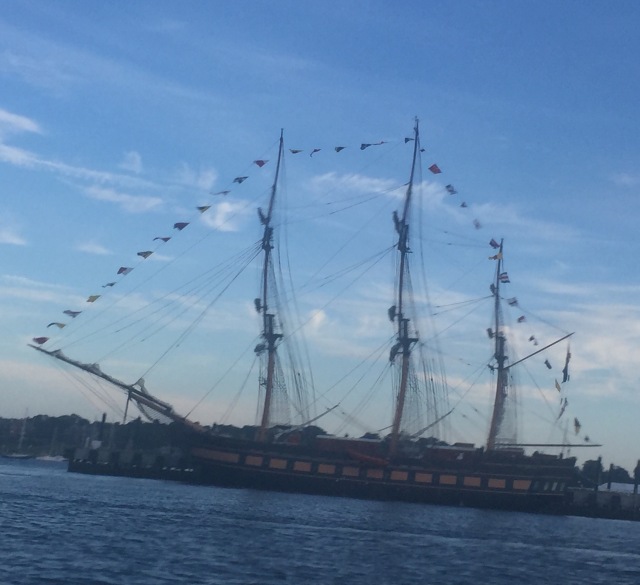 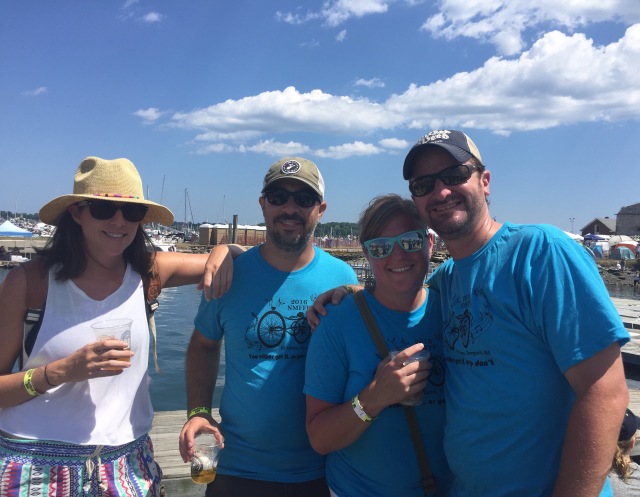 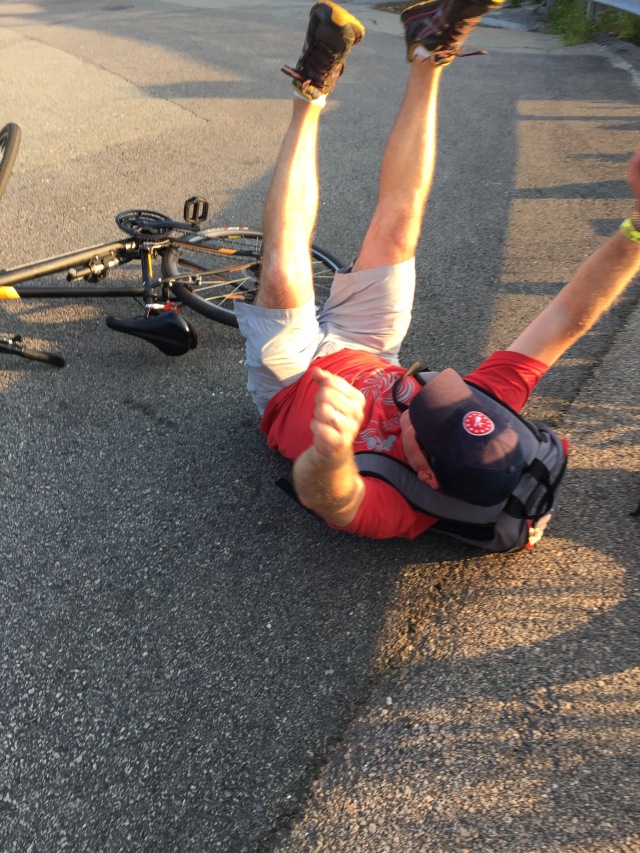 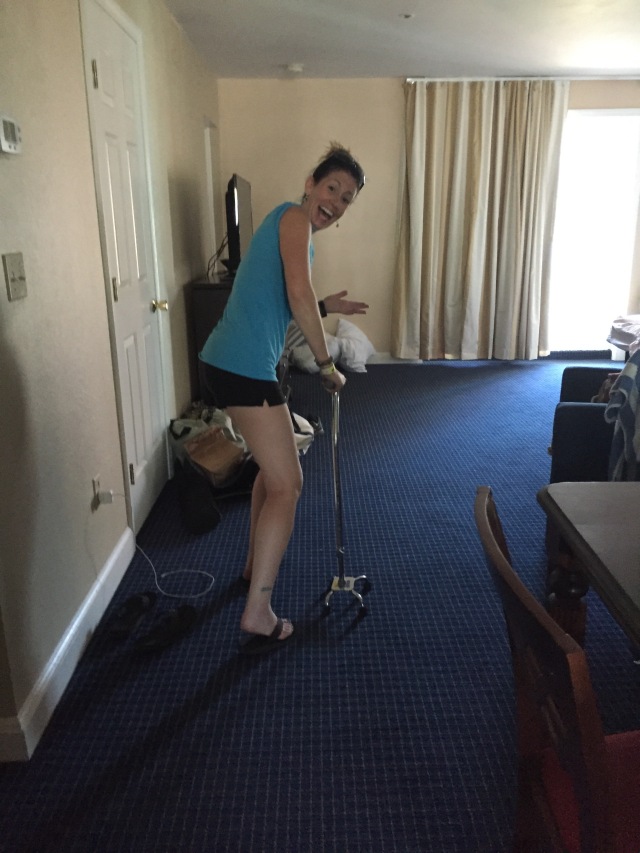 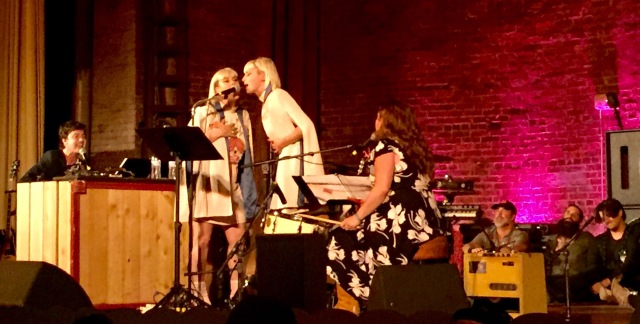 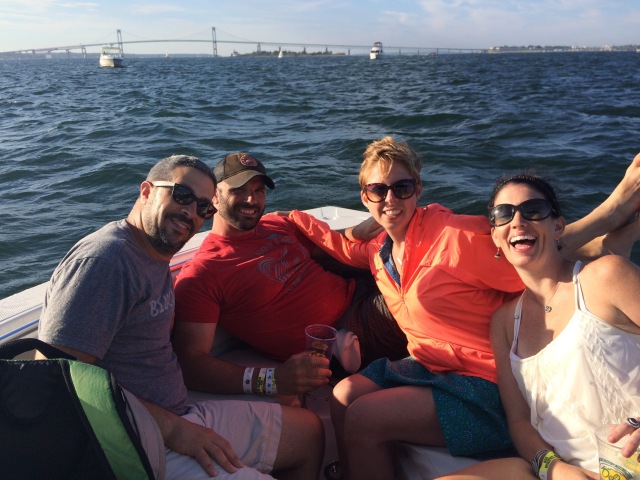 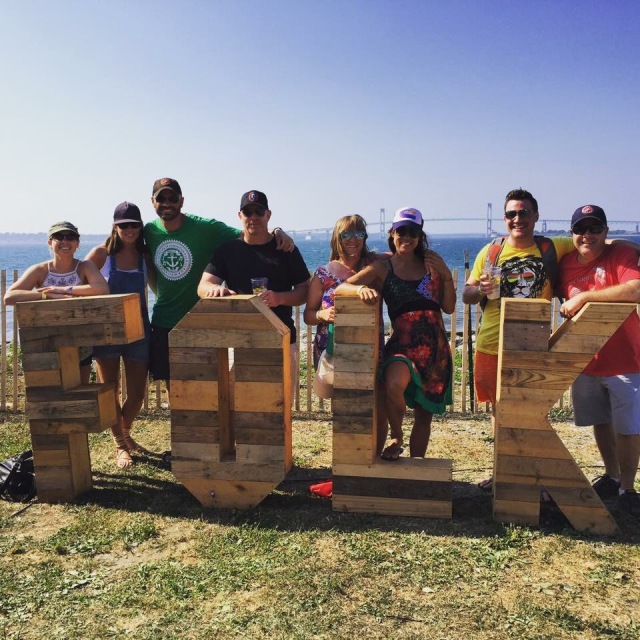 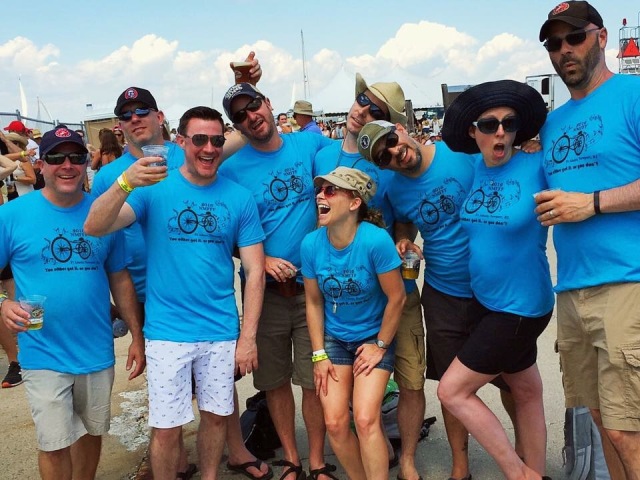 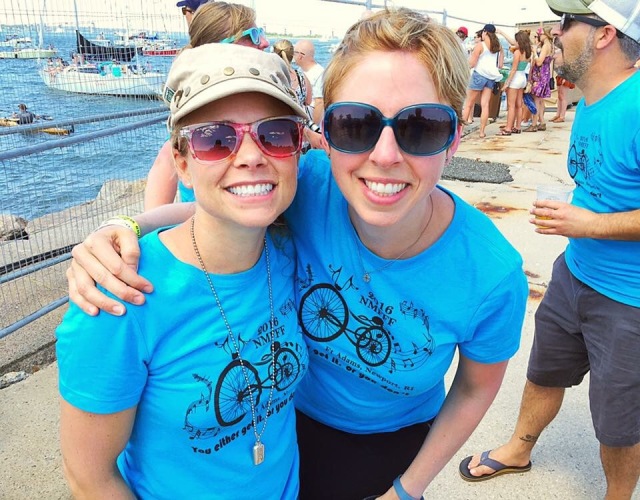 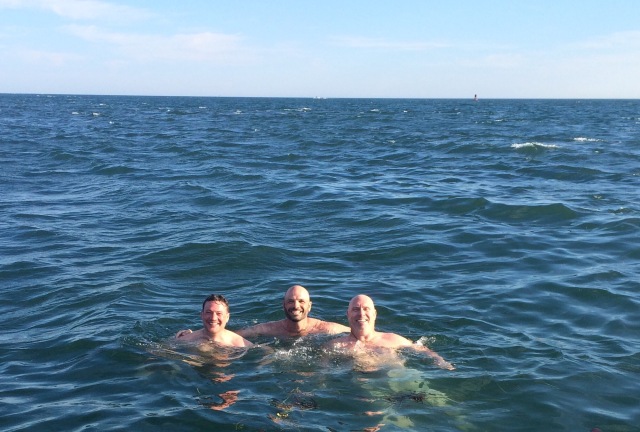 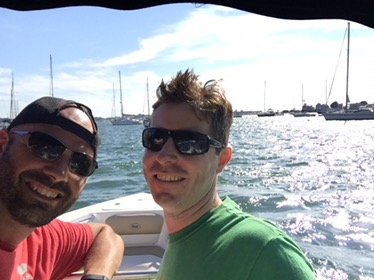 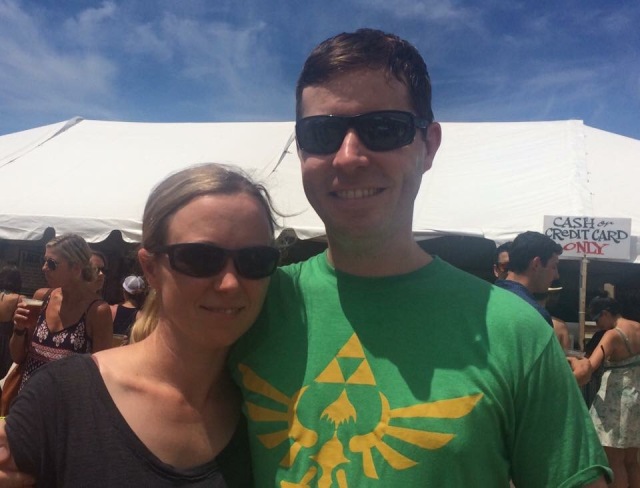 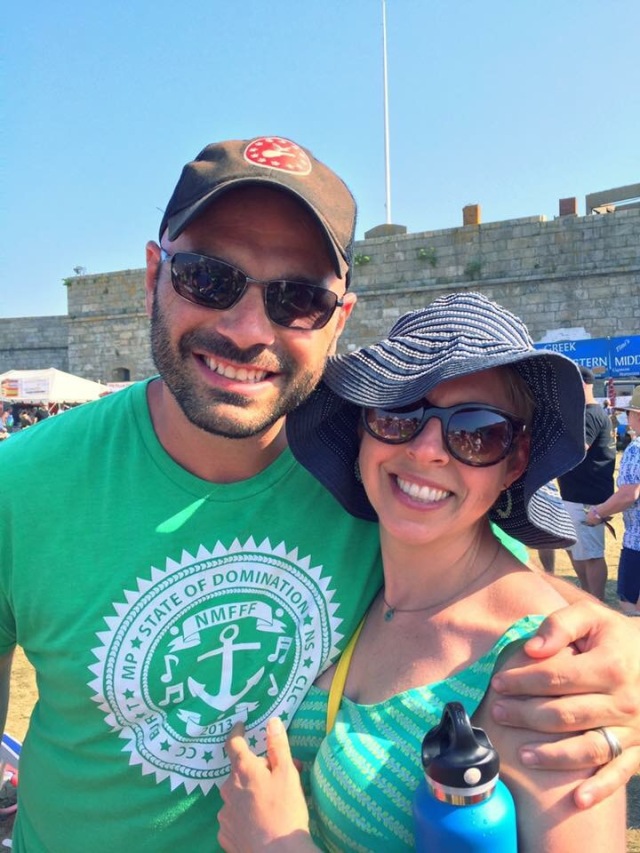 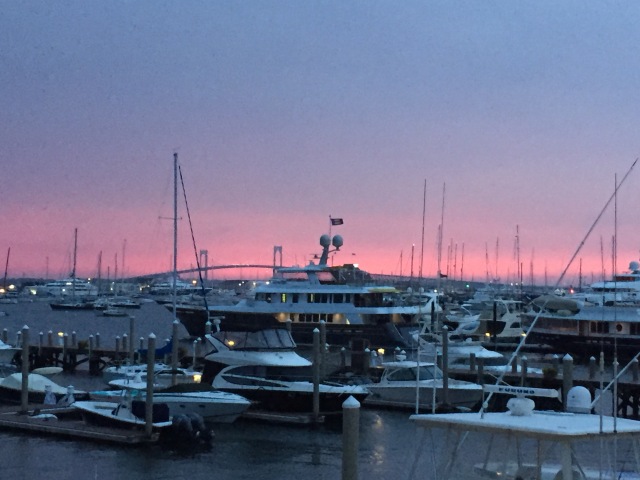 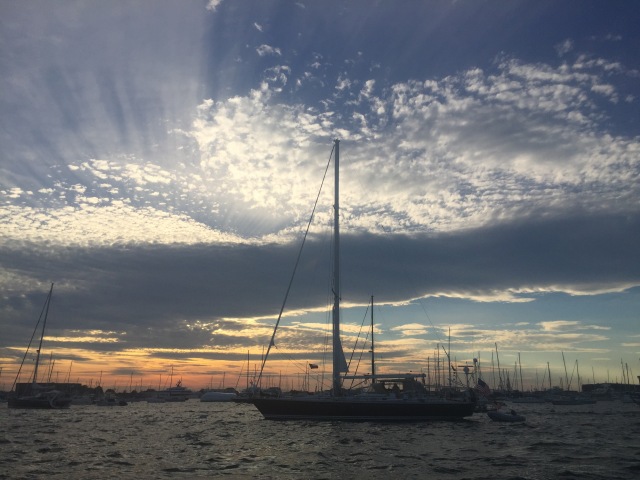 4.4.2020 I started this blog in September 2014. It was a 38th birthday gift to myself, a fulfillment of a long-held wish to share my perspective on the world. After a breast cancer diagnosis in June 2017, I used my blog to share details of the alternate reality I was experiencing. In September 2017 I used this space to share the trauma and healing of my son, who was diagnosed with PANDAS in May of that year. PANDAS is when a strep infection triggers neuropsychiatric disorders. I completed cancer treatment in December 2018, and haven’t written much since. I felt the need to withdraw as part of my healing process. I deactivated my Facebook account, barely viewed other social media. I’m still hesitant about stepping back out there, but I’m feeling the pull. We’re in a global crisis, and the news is dire. If I can add some levity or a more positive perspective with my writing, that is my hope right now. May you find the gems amongst the rubble.
View all posts by Natural Mama Notes →
This entry was posted in Energy, Experiences, magic, Music, Newport Folk Festival, Opening and tagged Bob Boilen, Deer Tick, Friendships, fun, Kam Franklin, Newport, Newport Blues Cafe, Newport Triangle, NFF2016, NMFFF2016, peace love and understanding, team turquoise. Bookmark the permalink.

1 Response to We, the Folk